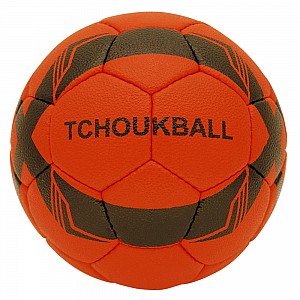 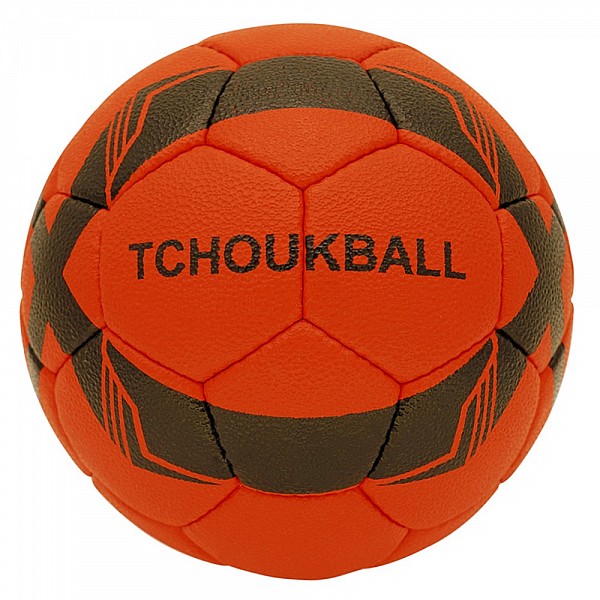 Specially developed with very grippy surface of high density PU material for tchouckball. The ball has very good playing characteristics, long durability and can also be used for other sports e.g. handball. In size 2, Ø 17.5 cm weight 300 g. "Tchouck" comes from the sound that a ball makes when it bounces off a frame. Tchouckball is a very fast and intense ball sport characterized by fast rallies and fair play. In tchouckball, two teams of 7 players face each other. They play in a field the size of a basketball court. A tchouckball frame (net) is positioned on each of its short sides. The net has an oblique angle to the ground so that a ball thrown at the net bounces off it. It thus resembles a trampoline. In front of this frame there is a restricted zone with a radius of 3 meters. The aim of the game is to score points. Points can be scored in many different ways. A player scores a point if he throws the ball on the tchouckball frame and no teammate of the opposing team catches the ball before it goes to the ground. Other victory points are awarded to players if the throw goes past the net or the ball bounces outside the court after being thrown, the player catches the ball again after his throw or the ball touches the forbidden zone.
Data sheet
44531
0.35 kg
Delivery as a package
3-7 Days
Attachments